Back in the summer, I went to one of the well known UK outdoor retailers. They had on display Kona DEW. You can clearly see where they cut the price. The tyres, drivetrain, wheels and brakes are the cheapest of the cheapest.

We starred with my son at the bike and we couldn’t figure out who might be the “target group” for bike like that. Commuter? Maybe. Anyway, the bike was ex-display, they knocked off £100 to (almost acceptable) £399, and suddenly I’ve seen this bike with dropped handlebars as 650 gravel bike. So, after selling my old road bike and parts from the Kona, I ended up having frameset (with stem and seatpost), plus £410 for the rest of jewellery to figure out. All ended with a mixture of components: (used) hydraulic Shimano shifters, Deore callipers, GRX rear derallieur, 11-42 SunRace casette, KMC chain and China special crankset (snail) ;-).

I exceeded the £410 slightly shy of £100, which I think is pretty good (some parts I had already: hubs, saddle, handlebar).

Some challenges I had with the build below

Crankset. I had a bit of a struggle with that. Tested road crank Shimano 105, with chain line 43.5mm, seemed perfect in terms of chainline, but pedals were hitting chainstays (just shy of 2mm each side). Not good.

Then GRX crank has been purchased. Rather expensive piece of kit (but looking awesome). Unfortunately I realised too late that the chainline is 50mm.

So, I ended up, buying cheap crank of ebay, which is surprisingly good so far and doesn’t look bad IMHO. (we’ll see how the bottom bracket is holding after UK winter)

Wheels. Yeah, the original were awful. So two things came together. I had rear hub already lying around and the front hub became free in the meantime :-]

DT Swiss G540 rims plus spokes have been ordered. All laced and old crap wheels sold covering the cost of spokes ;-). There you go. Tubeless setup WTB horizon on DT Swiss rims. Sweet.

Loose bottle cage mount. Bloody annoying, but discovered at the end of the build, so all sold, stripped = no warranty. Have a look at the video below. Based on that one I made scaled down “tool” which worked as treat.

Basically it’s M4 screw with (from left) M5 nut, washer and M4 nut. Plenty of grease everywhere. Screw everything into cage mount, then holding the screw (in my case with hex key), turning M4 screw to pull the barrel of the rivet until all feel stiff.

Frame drilling. Bike down tube is not welded completely to bottom bracket leaving gap for cables (see the photo below). Tube has welded stoppers and inner shifter cables routed inside naked. So, then exposed at the bottom bracket and routed through cable guide. Why to bother hiding cables and then exposing them again in most awkward place, where mud is sprayed from front wheel? I drilled stoppers inside the frame and put whole length of housing to rear mech, and as I haven’t got front dérailleur the same procedure has been applied to the other side and brake hose has been routed inside down tube as well. Voila!

Tyres. That was a bit weird one. Apparently the original tyres are not tubleless ready… but who cares, right? I put some soapy water around to bead them down on the rims easier first time, and then I spotted this:

Then I spotted this on the other tyre:

After a bit of fight and I beaded that one as well. I put sealant in, TADA! (BTW sealant did the trick sealing inside walls as predicted). I convinced myself all is ok, went for test ride and… surprise surprise, the tyre went bang 5km from home, leaving bushes on the side of the trail in “white x-mas mode”, plus me walking back home. Basically the tyre slipped from the rim, CO2 didn’t help this time and I took Schrader valve innertube having Presta drilled rims. Dick.

Quick email to WTB, explaining what has happened. They informed me that actually these tyres are not tubeless ready, but as this one is defective and visibly jumping up and down on a rim, so they sent me proper foldable 650 horizon as replacement. Amazing. Thanks WTB!

BTW. When I put new one on the air is just leaking like mad through side walls same way. No idea why they’re designed like that. Anyway as always sealant did the trick.

At the moment I’m waiting for a pair of WTB Sendero in same size (riding in Dorset became a bit challenging on slicks), so keep tuned.

Brakes. In case you wondering if Shimano Deore callipers work with Shimano road shifters. Yes, they are work ok, but… there is extremely small gap between disk and pads. I mean really almost no room for rotor play.

There you go, swapped to gravel from road without regrets and braking the bank.

This has been bugging me for a long time. Finally I splashed some money and dedicated some time to wheel building gear. Essentially I combined some DIY tools with more expensive bits. So far I managed to just try it, but looks like all will work great together.

At the moment I have a very basic truing stand from ParkTool (TS-8). Which does the job, but ultimately I want to make my own one (second covid lock down… stay tuned). The rest of the gear I’m pretty happy with and goes as follow:

So far I can’t say anything about usage that much, as really I did some testing only, but quality looks second to none. I’m big fan of Japanese engineering, this is one of the finest example. I havd really a choice, between Weldtite (cyclo) threading tool, and Hozan, but after watching some photos and videos, I decided to splash some more money to have it from Hozan. Speaking of the purchase. I ordered it from a place called Plaza Japan and took 6 weeks to deliver it to UK. Not too bad as purchased during lockdown. The only annoying thing is the duty and other crap, like handling fee, etc I had to pay (fricking £69!). All in all the tool was 20 quid shy of £300. Bloody expensive, but I have what I wanted. As a bonus, the original box, came wrapped in Japanese newspapers, so we tested google lens. Amazing and exotic 😉

To that I finally added a DIY dishing tool. I was sick and tired of other methods (two beer cans and coins etc…). Really self explanatory how I made it, if you look at the photos. I had all the alloy pieces already (leftover from other projects). The job was really to cut with angle grinder slots for adjusting to different wheel sizes. I’m quite happy how it works.

Final bit, which makes the whole building procedure faster are nipple handling tools. After googling a bit I decided to go for IceToolz nipple pick. I bought two of them. One will be used as per original design – to pick up nipple and place it initially on the spoke. The second one I modified slightly to act as a nipple driver. Literally replaced the spring with a piece of wire (I had to drill slightly bigger hole). This way I can use it alone like that to turn a nipple (even without a handle) or put it on an electric screwdriver if I need to.

Future project (apart from truing stand) I’ll make a spoke tension calibration tool. I already have a digital scale up to 200kg. All I need to figure out is a frame and spoke/nipple clamping method. This way I can calibrate my cheap Chinese spoke tensiometer quite accurately without relying on the provided table, which (I got feeling) is not really precise 😉

Covid lockdown made me try couple of things. One of the biggest (positive) surprises was test of an “oil additive” for Alfine hub.

So, a while ago I swapped (actually during first service) on my Alfine hub to Automatic Transmission Fluid (Castrol – £9.99) instead of expensive “you-must-be-fuckin-kidding-me” Shimano oil (£69). At the moment my hub milage is around 30000 km, and I can confirm, that I never had any issues with that solution. On each service I inspect the internals, and it all looks like new.

If you riding geared hub, you must know that the biggest difference, comparing with normal drivetrain, is internal friction. You can spin pedals backwards by hand and you’ll see the difference, so I’ve been looking for a solution to make the ride easier for a while.

A bit of diversion. Some time ago I joined dark side. I bought old 600cc Yamaha motorbike. I spent 500 quid on the bike, so as you expect, was plenty of wrenching at first (I think I put around 40h), to get the bike to useable state. A bit of story itself, but in process of doing it, I’ve been watching plenty of how to’s on youtube, and I discovered this guy – Allen Millyard. I must say, my first reaction was OMFG! The guy for example is adding two extra cylinders to Kawasaki bike making custom 6 cylinder engine, customizing crankshaft, customizing crank case, you name it. All in his garage converted to workshop. Amazing guy. So, Mr Millyard is using stuff called ZX1. It’s an oil additive, made my British company with the same name – zx1. It’s extremely hard to convince me to all mambo-jumbo-magic oil additives. I never used them, as almost all of them doing absolutely nothing to the engine. Similar way as taking diet supplements. Just absolute bollox in my humble opinion… Yeah, you guessed. I bought that stuff ;-). Mostly to test it on motorbike, but I’m quite reluctant to put into engine oil. The motorbike has “wet clutch”, which means the same oil is used to lubricate the clutch and the engine.  That might be a bit of a disaster, as clutch might slip. In the end, I tested it only adding to fuel. Nothing spectacular happened, apart from subjectively easier start (but I need to confirm that and do some miles on it).

Anyway, let’s get back to bicycles. (by the way, Mr Millyard making bicycles as well! check it out). I decided to put it inside my Alfine hub. So again, I didn’t use any scientific method to test it, but subjective feeling is that hub is running extremely efficient now. When pedals spined backwards they spinning effortlessly (almost like on my Willier with ceramic bearings inside BB and jockey wheels). So that’s the feelings and thoughts after first ride. Before you rush to buy it wait for some more tests. For example I discovered when zx1 is left outside (contact with air), it became milky, almost like brake fluid. Alfine hub is not by any means sealed system, but might be “sealed enough” to use it. My plan is put some miles and then test it again. So far all looks ok to me. Stay tunned. 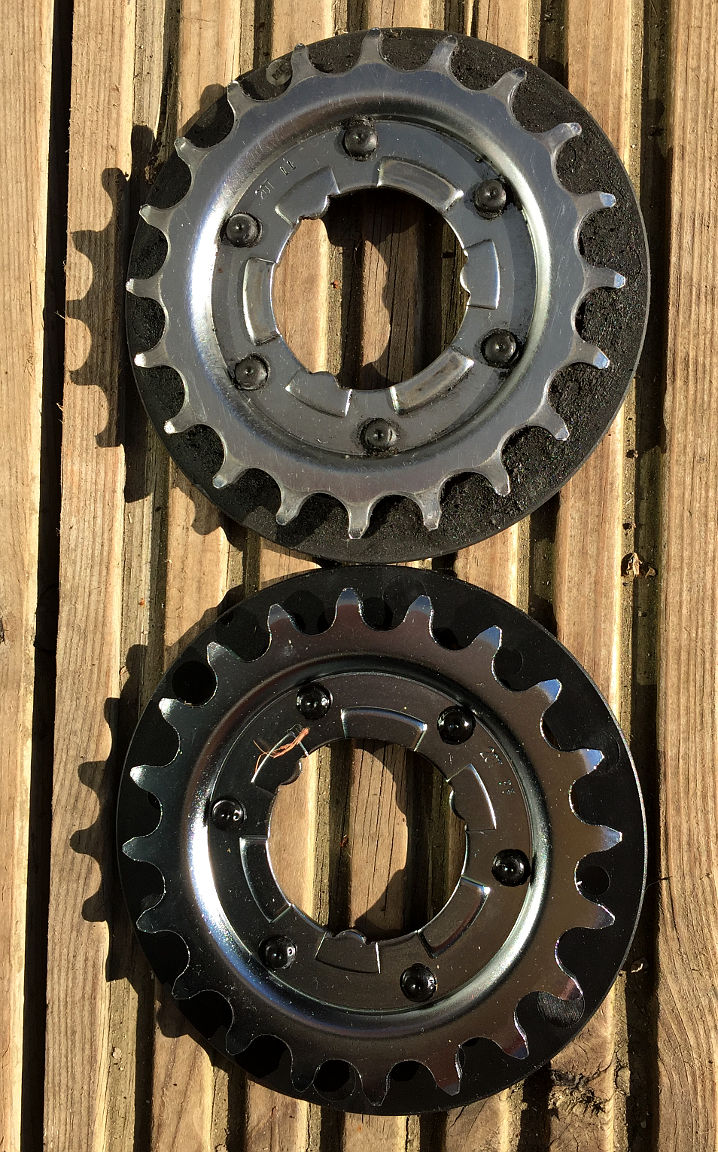 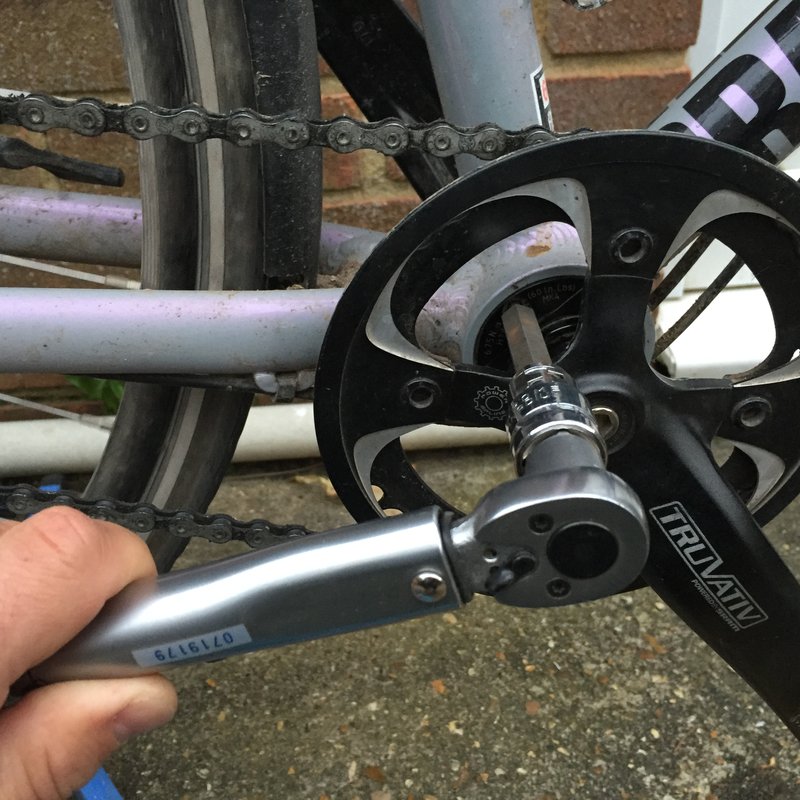